Insufficiently simply to cool, the maintenance is important.
Conditioners are able to cool for a long time already air. But, for today of it it is not enough. New ideas will mean that conditioner functions in the future will be and already is much more variously, than simply to regulate air temperature indoors.

Fujitsu accepts the concept «the pure conditioner». Fujitsu begins new life with the advanced methods of a filtration, clearing, and also various additives in air, such as vitamin C. 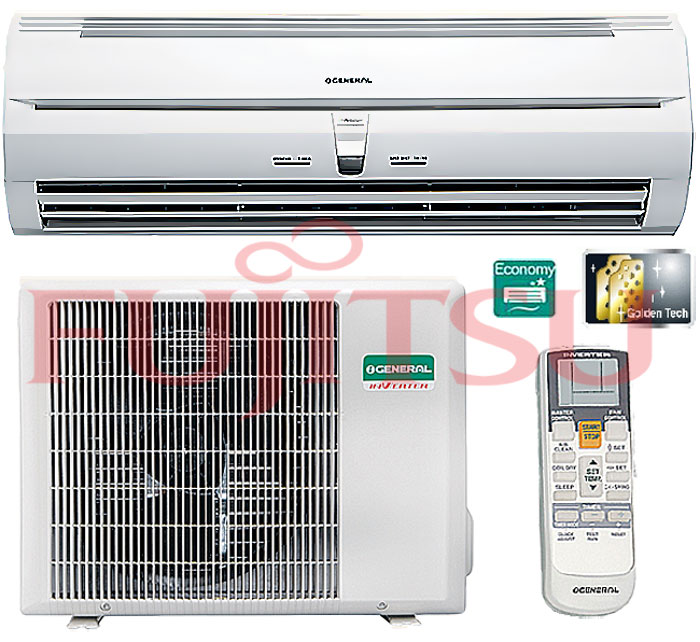 It will provide healthy мини.атмосферу at home and office. Fujitsu for a long time already has let out the «Nocria» series 3. Company Fujitsu has laid new ways, selling «the automatic filter of clearing» conditioners on which it is occupied «2 lengths of a wave of the Uf-lamp of sterilisation».

First-ever household conditioners with the Uf-lamp. Today Fudzhitsu declared release of the new series of conditioners ACS-24NVU/ACS-18NV , Fujitsu has again thought up «other world»:

First, at the expense of inclusion of revolutionary vitamin C, partially emissions the clearing filter.

Japanese release Fujitsu in August of this year on August, 21st. It is interesting that a new series of conditioners Fujitsu which use vitamin C, freshening character and reputation as rather good source of ascorbic acid have received the name «Lemonea» in Japanese, apparently because of fruit.

About health and hygiene + Fujitsu «Lemonea»

A series of conditioners «Lemonea» has still no official English name. According to Fujitsu, last years more and more people began to disturb microbes, viruses, oxygen radicals and the toxins floating in air in the form of suspensions, thanks to increase of level of knowledge of the population about health and hygiene.

In reply to these tendencies, company Fujitsu has developed the first conditioner for suppression of oxygen radicals which say that is bad for a body, through its use УФ of sterilisation and vitamin C emissions.

Is not present to free radicals! We, for a full employment.

Actually, «the New air filter» will be more exact description, in connection with «2-mja in the lengths of a wave of the Uf-lamp of sterilisation», for the first time entered in Nocria series Fujitsu in 3 models.

On sterilisation of air passing through the block, it works on the most part of bacteria, viruses and floating forms which are harmful to the person. УФ pasteurisations widely practises the industry a method of a field of pasteurisation of water and foodstuff.

Pasteurisation + an innovation = With — the filter.
To effective methods of pasteurisation УФ, Nocria it is capable to clear and deodorize air indoors in an operating time, and also air in the heat exchanger during deenergizing in such a manner that constantly provides pure air all time.

However, a revolutionary component of new series Lemonea, all «Vitamin C — the filter». Letting out a vitamin C antioxidant in air, active oxygen or oxygen radicals in air, choke that leads to effective deodorization.

The dust filter uses нера the filter which 99,97 % of EFFICIENCY on gathering of particles of a dust in the size to 0,3 н.м can brag. Filter clearing is made also automatically by means of the device which reduces manual clearing of the filter approximately once a year that, in turn, promotes high economy of energy. To 40 %

According to Fujitsu, this new series of conditioners deodorizes not only smells of cigarettes, but also pets to four times faster, than its predecessor Nokrija.
It is reached at the expense of ozone clearing of the Uf-lamp, difficult aluminium honeycombs of catalyst, and also exposure is absorbed by air to influence of ultra-violet beams which 99,99 % efficiency in deodorization »lead«.

Fujitsu combining innovative technologies of the predecessor, and also recently developed innovations, Lemonea is remarkable achievement in the world of innovations of air conditioning.

Once again having proved that Fujitsu now are trailblazers when business reaches the invention of essentially new conditioners. Look official site Fujitsu for more information on Nocria, it is bad that the press release, the information about Lemonea is yet accessible.