Crystals grow, crystals blossom.
Competitors looking at this growth of company Fudzhitsu, — fade.
(富士山, flowers of a branch of an Oriental cherry on a grief Fudzi always sprout in time. Plank beds. яп. A saying.)

Company Fujitsu Semiconductor at last to us declared, the purpose — a high output power of power supplies of 2,5 kw applied in power modules as usual air conditioners, and in сплит systems инвертерного type is successfully attained. Such device has the integral cooling system with application of nitride of gallium (GaN) for increase in power of the devices built on a silicic emulsion carrier. 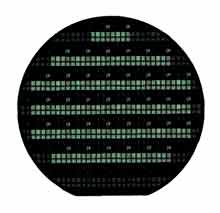 In comparison with usual, on the basis of silicon supply equipments, GaN has more resistant to and мощностные characteristics, 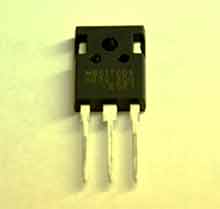 With the minimum electro-consumption — it is carried out high-frequency operations of a signal transmission. These elements of power supplies will be used in инверторных converters of power modules and high power of element GaN, allows to make feeding block with the minimum gabarits.

Fujitsu-devices GaN become one of the most mass.

Fujitsu-Semiconductor Wants device GaN to inferred in large quantities on a silicic emulsion carrier which, with increase in diameter of silicic plates, provides the minimum, low fabrication cost.

With that end in view, Fujitsu it develops production engineering for mass production since 2009, here what system heading of Japanese concern Fujitsu on the Russian market... Besides, samples of the power supply выпрямительных devices GaN are already presented, all is ready for mass production.

Mass production of such devices almost completely and irrevocably annihilates competitors of Fudzhitsu because of the extremely-low price of a product.

Recently in joint force together with Fujitsu Laboratories Limited, Fujitsu Semiconductor have been used innovative, прорывные production engineering in technical area of development, such as process design for cultivation of high-grade crystals GaN on silicic emulsion Carrier, working out of the device of production engineering, such as optimisation of a design of electrodes to control growth on resistance in switching time, and working out of circuit diagrammes for power modules which can support a high speed of switching of GaN-devices. 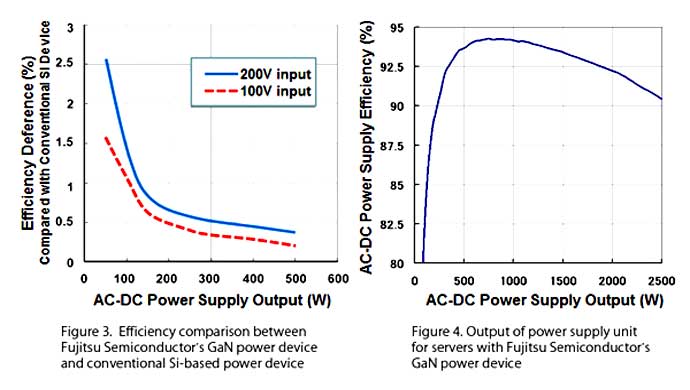 Schedules of frequency conversions and power

These results allowed Fujitsu-Semiconductor, as the test circuit design with device GaN use affirms to become successful in achievement of efficiency of transformation of voltage, with exceeding productivity of usual silicic devices.

Fujitsu-Semiconductor Already made a prototype of the power module for servers and инверторных air conditioners with device GaN for correction of a power component: power over 2,5 kw is successfully attained. It is a victory.

The seven-jig finished recently mass production creation on a line for 6-inch plates at the factory Ajdzu-Vakamatsu. From this minute, after the news publication, full-scale manufacture GaN — power devices begins.

Here such there will be these excellent devices of power supplies and power modules of air conditioners Fujitsu. Hurrah.

Concern Fujitsu began exhaustion of new converters and devices with application of production engineering GaN-Prototype.
If it is short, the sense of this innovative and прорывной idea is use of the micro-integral cooling system with application and addition of nitride of gallium GaN.

Sizes, gabarits and other characteristics.

In this case the power supply power of 2,5 kw will measure also gabarits comparable to sizes match a box, i.e. 3*4 see

Where and as it can be applied the naive inhabitant asks... Elementary: you can for example the propeller of the circulating deep-well pump with variable productivity (Inverter) запитать from a network 220 В through the given converter with application of production engineering GaN-Prototype. Floor price and mass character of such power supply in the future, eliminates all your remained doubts in favour of the given device from company Fujitsu-Semiconductor.

Japanese size, it when all so a little also is restricted, when natural asceticism wins it everywhere, both a science and in technics. Thinking, and and it to cut off... What for so it is a lot of it to Japanese. A joke.

«Bravo-Ballu: 3D-technologies
To choose the refrigerator. …»